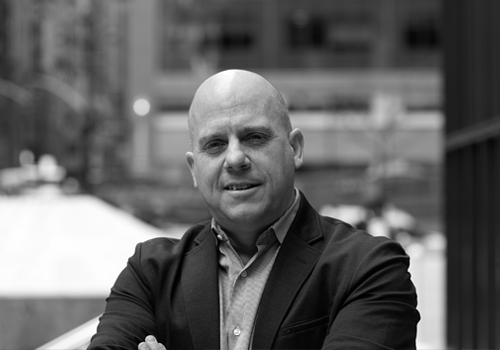 Santiago studied at St John’s School in Argentina where he met his business partner Marcelo Bridger. He graduated from secondary Technical School Philips School, Argentina, in 1987 where he received the Electromechanical Technician title. It was at the Philips factory and Lighting department where he obtained his first job as a technical sketcher. In 1989, he started studying Industrial Design at the University of Buenos Aires, while working simultaneously at a print-shop. There he learned the secrets of the printing and marketing business, as he designed, printed and distributed invitations to clubs and events.
While working also as an intern in Grey Worldwide, Saatchi & Saatchi; and Leo Burnett he learned the craft of branding mixed with advertising.

In 1990, he launched with his partner Marcelo Bridger, a publishing company called D’Mode, which has published D’Mode magazine to the current day with 165 issues in the market. Today the magazine is called DMAG.

A year later he startedConway+Partners, a business dedicated to integrated branding and marketing services, graphic design, industrial design, packaging design,broadcast and interactive design. Between 2000 and 2001 he performed lectures on Corporative Identity at the Universities of Cordoba, Mendoza and Buenos Aires. In 2001 he opened the first US Conway+Partners office in Miami followed by New York and Dubai in 2006. Santiago has honed his skills as executive creative director for all real estate marketing projects which become one of the specialties in the Agency.

Santiago is passionate and with 25 years of expertise in branding systems and brand-platforms, always pushing for collaboration between young global talented creative teams. A “sharing knowledge” mission is what drives his interest in Conway+Partners business and strong ethical values. The agency develops global internship programs for students as one of the pillars of team development. He personally selects and develops the selection and training of new talents.